Little boys like me, are supposed to have dreams
Imagination running wild, to the farthest extreme.
Basketball player, Michael Jordan, he is by far
Best team example ever, my super hero, shining star.


The dreams I had, were not quite to that extent
They had been shattered, in my sweet innocence.
My mother was a drug addict, stepfather a drunk
At the hands of my parents, nightmares had begun.


Frightened, with each new day, that came along
Scared to be beaten, if my words came out wrong.
The burns on my body, ashamed if you had seen
What it did to me then, and to my self-esteem.


The clothes that I wore, were dirty from last week
No food in the cupboards, there was nothing to eat.
My shoes were worn out, constantly running away
Would rather have died, than to suffer one more day.


She was always high, too busy getting her next fix
Heroin, her true lover, always been since I was six.
When I would go to bed, he would invite himself in
Whispers that I'm his lover, sexual prey, at age ten.


When I turned thirteen, decision I had made
Shot that same needle, overdosed to Heavens' gate.
My team-mates are Matthew, Mark, Luke and John
They wrote in the Bible, were noted for writing Psalms.


Now my dreams are forever, keeper for all times
I chose to end my life, the pain controlled my mind.
Some parents need to learn, not to be so cruel
It's not too late to change, abide the Golden Rule. 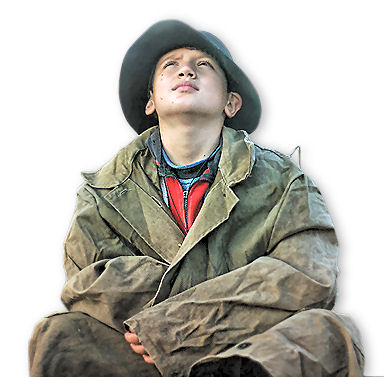