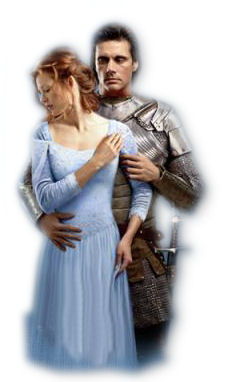 Knight in shining armor, man of her dreams
A love like no other, he crowned her his queen.
They were inseparable, like two peas in a pod
He asked her to marry, their vows blessed by God.


Moved miles away from her family and friends
Without warning, his control and rage slowly began.
Blow after blow, where to go, what was she to do
King of his castle, she, his jester black and blue.


Assaults on her sanity, threats made on her life
He was her husband, thought she was his wife.
Battered and abused, how could she leave
Her knight in shining armor, man of her dreams.


He knew he had her in the palm of his hand
Locked in a dungeon, in some God forsaken land.
Words sharper than the blade of his sword
Damsel in distress cried out, "No more, no more!"


The ambulance came on that fateful night
On a stretcher he laid, her blood laden knight.
Sentenced to life for a crime she did commit
She was his jester, to his commands she did submit.

In memory of those suffering in domestic violence.